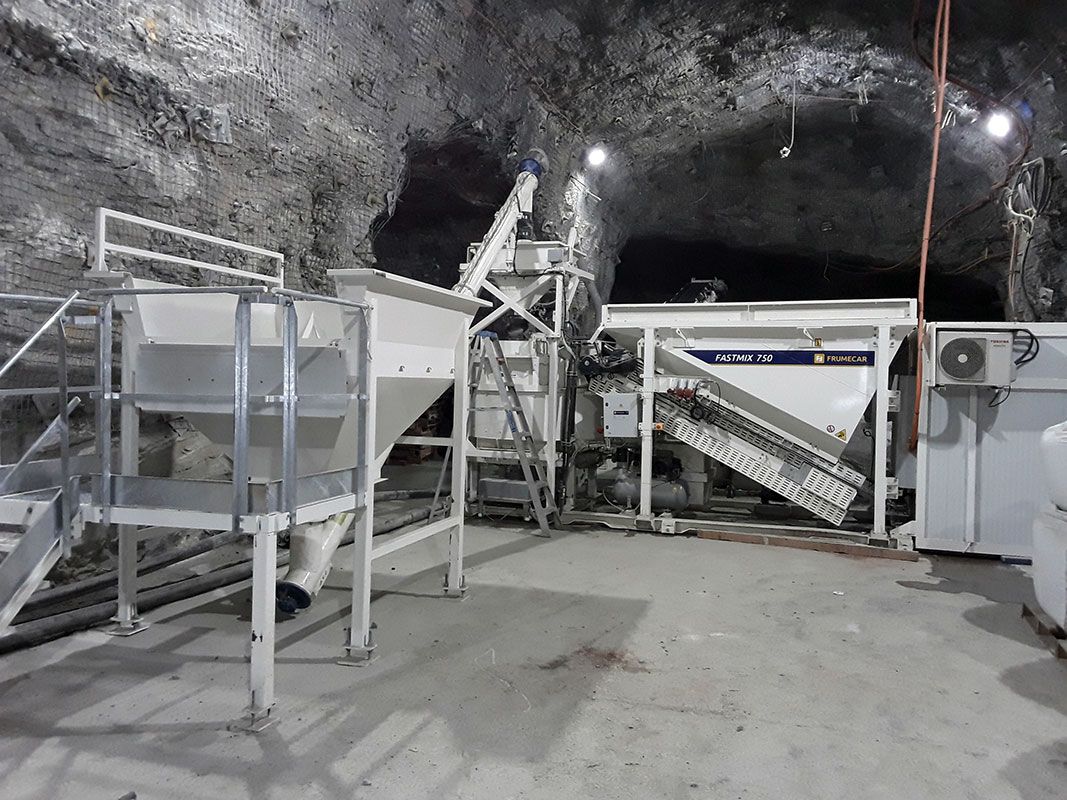 Do you know how a concrete batching plants works?

The term “concrete plant” is often heard in the construction industry, and everyone correctly assumes that it has to do with the production of concrete. But not everyone knows how a plant works. Here, we will explain the basics of how a plant works and its different parts. By the time you finish reading this post, you will have a clearer idea of how most of the concrete used on the planet is produced.

A plant is a methodical and efficient way of producing a good. A concrete plant is, therefore, a facility where the basic components – cement, water and aggregates – are transformed into concrete in a structured, planned and efficient system.

Construction has evolved enormously during this century; we are far from the times when concrete was produced exclusively in small concrete mixers on site, or in lorries that took the cement from its manufacturing points, mixed it with water and sand, and transported it to the place where it was eventually used.

Concrete production now responds not only to the increasing complexity of the construction sector, but also to the progressive increase in international, state and local regulations. That is why there are now so many types of plants, to accommodate the specific needs of each construction project and to meet the legal and environmental standards of each area and country.

Concrete plants are spatially arranged in routes that each ingredient independently travels through to a final point, where it is combined with the rest of the components and leaves the plant in the form of finished concrete. There are plants where only part of the process is carried out. In them, the materials are transported in their precise proportions to a concrete mixer truck, where the product is mixed. These plants are called dosing plants or dry process plants.

In this post, we will explain how a complete plant works, also known as a mixing plant or wet process plant. 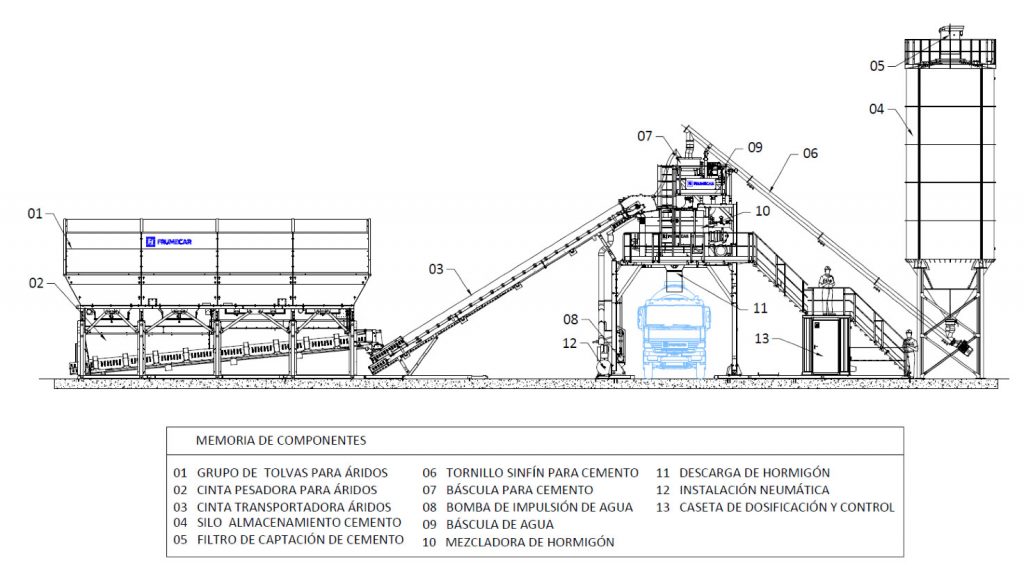 The diagram immediately above this paragraph will help you understand how concrete is made in the concrete batching plant.

At one end, there are usually tanks where sands and gravels are stored and awaiting use (it should be noted that aggregates – as they are also known – make up more than two thirds of most types of concrete).   These tanks are specifically called hoppers and the process of storing materials in them is called stockpiling. The stockpiling is done with shovel loaders or with belts that run from the sand trucks to the hoppers.

Then, by means of a weighing system formed by a weighing hopper-belt, the different aggregates are dosed according to the selected formula. Afterwards, another conveyor belt carries them into the mixer for the mixing process, waiting for the cement and water to be deposited later.

At the other end, cement is stored in silos.  The cement circuit must be totally watertight to avoid it being hydrated before reaching the mixer, as this could affect its main property: that of a binder, chemically reacting with water and sand to create a compact mass. In standard concrete, cement makes up about one third, or less, of the resulting concrete.

By means of augers, the cement is lifted onto a cement weigher to determine the correct proportion, the content of which is then poured into the mixer together with the gravel and sand.

Finally, the water is added via a booster pump located at the base of the mixer and through pipes connected to the corresponding supply source. Then the work of the mixers begins. With a system of blades or propellers, they knead the mixture until all the elements are perfectly combined. When this is complete, the contents are released from the bottom, normally into a concrete mixer, which transports the well-mixed contents to their final destination.

It should be mentioned that some concretes require additional elements – hence the name additives – to modify the characteristics of the concrete. These can be to make it more plastic or rigid, to make it porous or impermeable to water, to make it set faster or slower, or to make it more resistant or more flexible. These components, which are usually a very small proportion (about 2%) of the total, are stored, weighed and moved to the mixer via a different route to the basic ingredients.

This is, in general terms, how a concrete plant works. Now that you know the basics of a plant, you will be better prepared to purchase one that best suits your business.

Frumecar has an extensive catalogue of plants to suit the needs of each construction, each customer and each company that requires concrete. Our team will be happy to answer your questions and resolve your doubts. You can get in touch via this link.