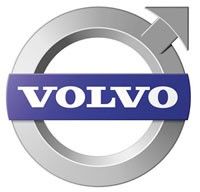 Frumecar participate in the Volvo show in France.

Frumecar participated last summer in the event promoted by VOLVO TRUCK CENTER IDF in its facilities in France in the Roissy region, in which the Spanish multinational, exhibited several of its concrete mixers to the public, a mostly clientele audience, where more than 40 clients met, which showed great interest in the range of concrete mixers exhibited by the Spanish multinational, specifically for the evo3 model.

In France, Volvo sells its body chasis on concrete mixers from Frumecar, being a successful product among French customers concerning the concrete industry.

The good response to the Spanish Frumecar is a consequence of the offer it produces, numerous and of quality, at a balanced price, and an unbeatable product, added to the best and most varied technical advances of the concrete industry.

The Spanish multinational focuses on this event, as a new challenge and a new opportunity for development and expansion towards a European and particularly French market, with great pride and commitment.

France is the first commercial partner of Spain, which unites two cultures and two great economic powers in their commercial relations, among other things due to its geographical proximity, its political stability and its belonging to a common project such as the Union. European Union, which allows and improves what has been described above.

The year 2018 is proving of great interest for the Spanish multinational, firstly for its high sales index, secondly for the enthusiasm of its customers and thirdly for the continuous development in terms of improvement and productive solvency of the company and the international market.