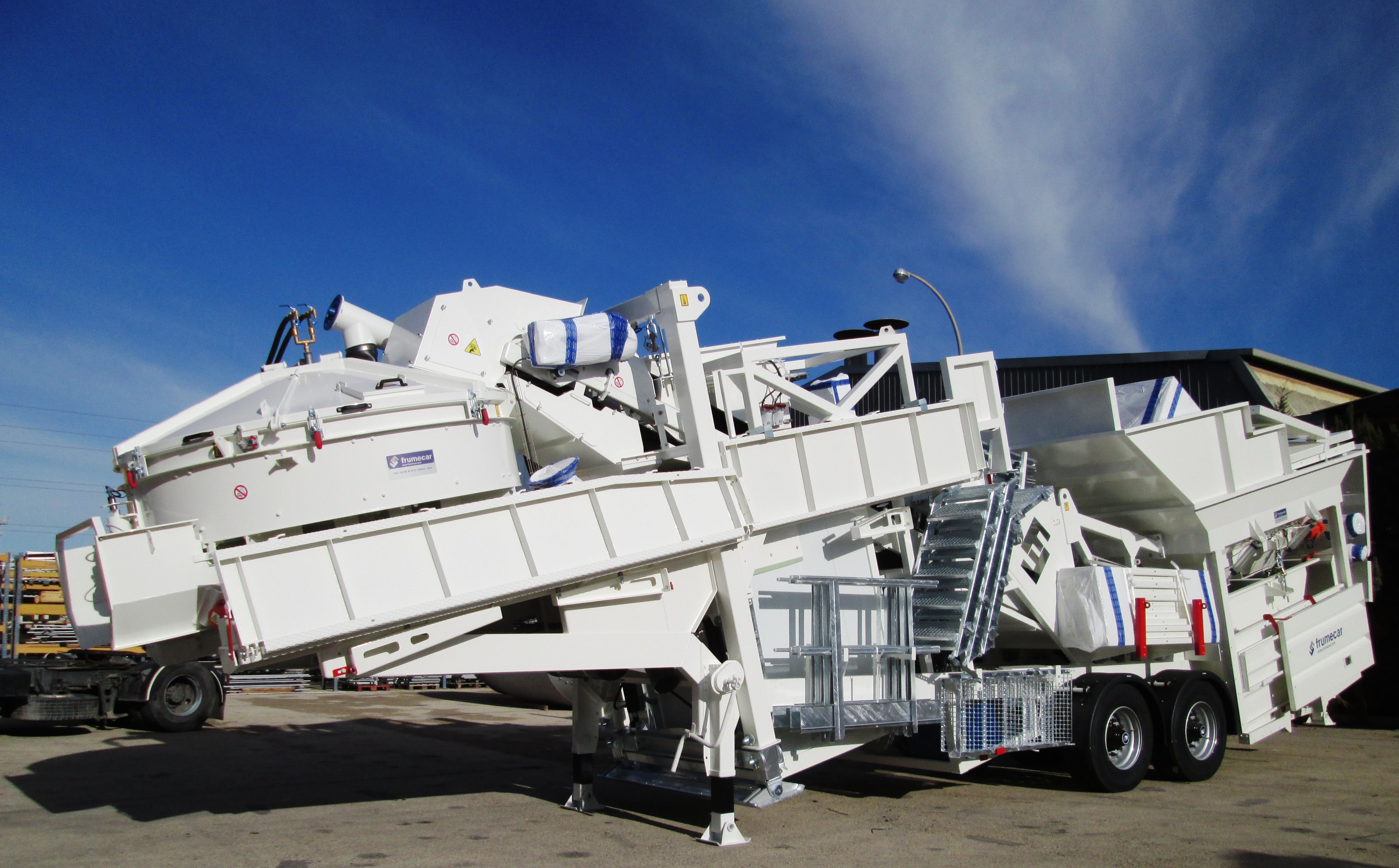 The Spanish multinational Frumecar, returns to the Ivorian country, closing a distribution agreement with SAME BUSINESS, selling one of its most qualified products, the ECA-1000 mobile concrete plant. That will be shown in your new Abidjan Showroom. With this new collaboration agreement, it is guaranteed that Frumecar will have an after-sales service in the country with technicians and spare parts available.

The new ECA-1000 is a batching plant fully pre-installed at our premises which is able to be assembled anywhere in just one day. It is the perfect solution for customers who need to move the plant frequently from one work station to another. And, to make plant´s assembly even simpler, it is equipped with its own hydraulic system which avoids the requirement of additional cranes for its assembly.

It is completely equipped with a control cabin and information technology computer system which offers the customer the highest technology available in the production of concrete and requiring the smallest space dimensions. This plant is transported by a truck head, which reduces significantly the cost to move the plant from one production place to another.

ForFrumecar this new sale represents a commitment that has been made from long ago, from a dynamic growth perspective always betting on offering the customer a specialized personal and professional technical service, both before the sale, during the sale and as after the sale , all this together with the best product on the market, being in this case a concrete plant model ECA-1000.

The Ivory Coast country continues to be an underdeveloped country with an estimated population of 23 million inhabitants, where more than 65 different languages are spoken and where life expectancy is 49 years, a country that has suffered between 2002 and 2004 a bloody Civil war and continuous coups. But despite the systemic corruption, the country shows signs of improvement, channeled into more than possible political, economic and social stability. What denotes an increase in imports and exports very considerable, thus enabling the development of new infrastructure, roads, buildings, hospitals, schools.