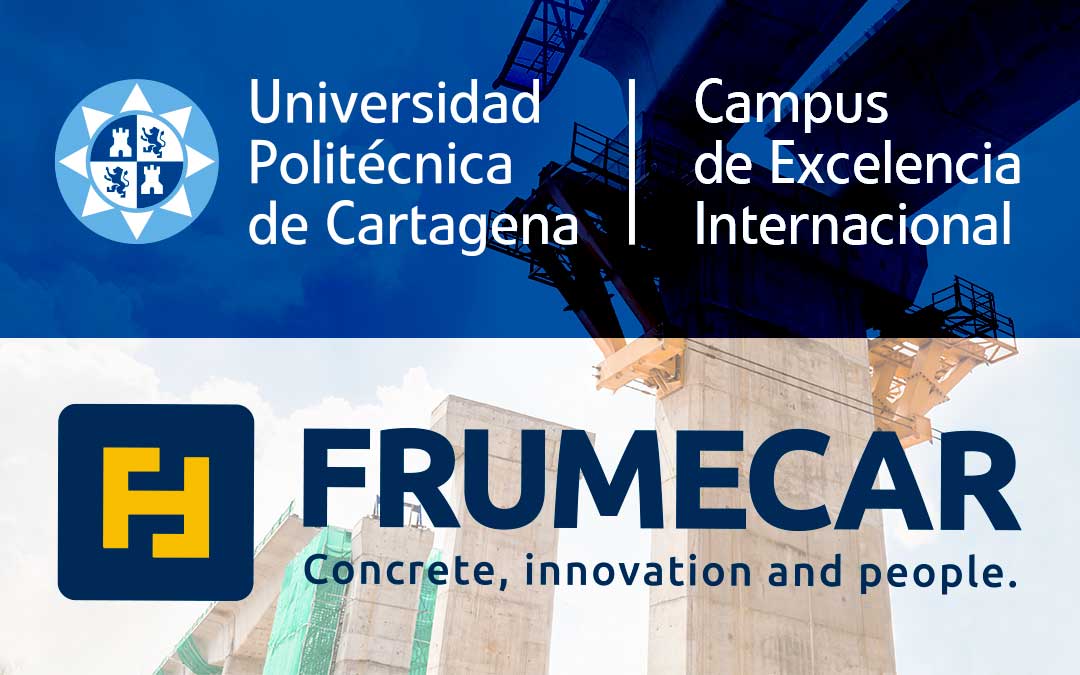 Frumecar has gone one step further in their commitment to innovation by signing an agreement with the Polytechnic University of Cartagena to create a new UPCT-Frumecar professorship.

Frumecar and the Polytechnic University of Cartagena have joined forces again with a collaboration agreement to take the fourth industrial revolution to the concrete sector by offering their users a turnkey Industry 4.0 solution and Automation of concrete mixers plants.

On this occasion, Frumecar, a leading company in terms of innovation in the concrete sector, and the Polytechnic University of Cartagena, signed an agreement to create a new UPCT-Frumecar professorship.

This professorship will research the development of machine technology for producing and transporting concrete. They will disseminate the research results associated with the concrete industry, train UPCT students, conduct training courses, conferences and ensure educational cooperation.

The priority lines of research will be collaborative robotics, the IoT and artificial intelligence (machine learning), which will allow unmanned plants to be developed in the near future, equipped with smart and communication systems that activate their procedures at the request of production robots without human intervention.

At Frumecar, we believe that connected industry, AI and Big Data will be the pillars of manufacturing in all industrial environments, and particularly in the concrete sector. Therefore, after more than 20 years of close collaboration with the Automation and Autonomous Robotics group of the UPCT, this new professorship has been created.

In recent years, Frumecar has been working on a new challenge, the total digitalisation of the company and its products: the application of the IoT to our manufacturing process, as well as to our plants and concrete mixers. This project culminated in Frumecar Cloud: a smart system of applications that allows all essential information to be exploited from the first moment from any device connected to the internet and from anywhere, providing access to critical information in real time, without depending on physical ties or location. It consists of five applications that work in each of the production and business management environments of the concrete industry: Vision, Tracker, Care, Manager and Planner.

According to Mariano Carrillo, CEO of the company, “Frumecar Cloud is the first Industry 4.0 solution that exists on a global level for the concrete industry, placing us far ahead of other manufacturers”.

Frumecar began to collaborate with the Polytechnic University of Cartagena in the year 2000, with the initial aim of developing a system for controlling and managing small concrete mixer plants. At the end of 2003, the results of the project were obtained, and in 2005, the product was launched.  An electronic controller was also developed to maintain tank density in concrete recycling systems. In 2008, Frumecar set the goal of internationalisation, developing a new advanced system for Automation of concrete mixers plants. K2, which has been present in all Frumecar plants since 2012 and enabled the complete internationalisation of Frumecar’s products, resulted in a new range of highly-automated concrete manufacturing plants, tailored to target countries for greater penetration of the international market. In 2015, the results of this project were applied to Frumecar plants, leading to a successful reception in new international markets, such as Guatemala, Chile, Ecuador, Bolivia, Brazil, Paraguay, Colombia, Vietnam, Cambodia, Uzbekistan, etc., more than 70 countries in total.

Through this new agreement and the creation of this professorship, Frumecar’s relationship with the Polytechnic University of Cartagena is consolidated and the commitment of both to innovation in the concrete sector is reinforced.